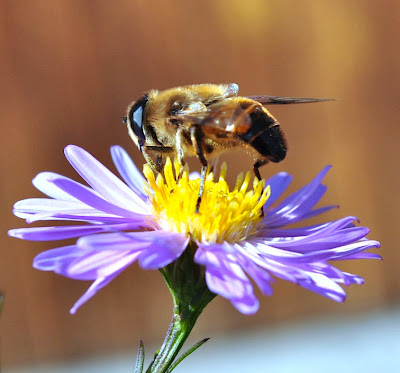 There’s much to be said about writing an invective – telling someone or something off using written rather than vocal language. In literature, an invective is an angry, critical or abusive tirade directed at someone or something. For example, here’s an invective by Shakespeare: “A knave, a rascal, an eater of broken meats; a base, proud, shallow, beggarly, three-suited, hundred-pound, filthy worsted-stocking knave; a lily-livered, action-taking, whoreson, glass-gazing, super-serviceable, finical rogue; one-trunk-inheriting slave; one that wouldst be a bawd in way of good service, and art nothing but the composition of a knave, beggar, coward, pander, and the son and heir to a mongrel bitch: one whom I will beat into clamorous whining if thou deni'st the least syllable of thy addition.” (from The Tragedy of King Lear, II.2)

Invective poetry is rooted in ancient Greece, but the genre gained its greatest popularity in ancient Rome. Originally, invective poems included denunciatory or abusive language that attacked political and public figures with a somewhat sardonic or satirical tone. Most early invectives were written anonymously; however, Catullus, Cicero, and Juvenal publicly “owned” the invectives they wrote (some of which, especially by Catullus, are quite explicit). Of course, early invectives had a rhetorical context and a hermeneutic that have been lost, and today’s invective poems are usually presented in the spirit of lampoons (poetic burlesque).

One well-known invective poem is "Invective Against Swans" by Wallace Stevens.

Another is the moralistic "An Invective Against Gold" by Anne Kelligrew, written during the 1600s.

My absolute favorite invective poem is “Invective Against the Bumblebee” written by New Jersey poet Diane Lockward (from her prize-winning book “What Feeds Us”).  Click here to order What Feeds Us.

The poem (reprinted by permission of the author) follows.

INVECTIVE AGAINST THE BUMBLEBEE
By Diane Lockward

Escapee from a tight cell, yellow-streaked,
sex-deprived sycophant to a queen,
you have dug divots in my yard
and like a squatter trespassed in my garage.

I despise you for you have swooped down
on my baby boy, harmless on a blanket of lawn,
his belly plumping through his orange stretch suit,
yellow hat over the fuzz of his head.
Though you mistook him for a sunflower,
I do not exonerate you,
for he weeps in my arms, trembles, and drools,
finger swollen like a breakfast sausage.
Now my son knows pain.
Now he fears the grass.

Fat-assed insect! Perverse pedagogue!
Henceforth, may flowers refuse to open for you.
May cats chase you in the garden.
I want you shellacked by rain, pecked by shrikes,
mauled by skunks, paralyzed by early frost.
May farmers douse your wings with pesticide.
May you never again taste the nectar
of purple clover or honeysuckle.
May you pass by an oak tree just in time
to be pissed on by a dog.

And tomorrow may you rest on my table
as I peruse the paper. May you shake
beneath the scarred face of a serial killer.
May you be crushed by the morning news.

Click here to hear Diane read "Invective Against the Bumblebee."
Or better yet, click hear to watch the new "movie" on Diane's blog.

Now … who or what has made you angry? Has there been a memorable anger-inducing person or event in your life? Write an invective poem in which you give someone or something the proverbial “hell.” Consider both humor and fury. Stamp your metaphorical feet, shout in written language, and write your rage.