A One-Sentence Spin on Shakespeare by Guest Prompter Joe Weil 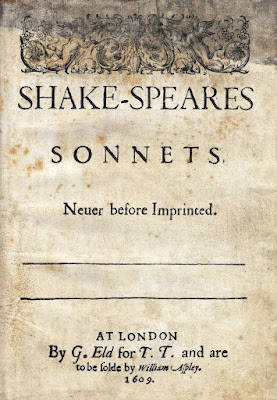 And this wonderful example by Edmund Charles Baranowski:

The scent of death lingers
in the air
from the rotting corpse
of a road kill deer,
laying near the curb,
just out of town,
on the corner of
the cemeterial grounds;
decaying quickly
in the summer's heat;
displaying death
on a one way street;
at the base of the sign post,
below the sign
that says "one way"
not unlike time.

1. Think for a while about the subject of your one-sentence poem, and jot down some ideas, images, and phrases.

2. Remember that crucial in creating one-sentence poems, are strong pictorial images and images that appeal to the senses and emotions.

3. Don’t try to write a long one-sentence poem for starters. Begin with a shorter poem, no more than 12-15 lines.

1. Once you have an idea for your subject, begin writing.

2. Be especially aware of how you break your lines (and ultimately stanzas).

5. Pay attention to syntax and pacing.

8. As always, end with a dismount that has a “punch.”
Examples:

beside the white
chickens


2. The New Dog
by Linda Pastan

3. Bright Star, Would I Were Stedfast [sic]
By John Keats

Bright star, would I were stedfast as thou art—
Not in lone splendour hung aloft the night
And watching, with eternal lids apart,
Like nature's patient, sleepless Eremite,
The moving waters at their priestlike task
Of pure ablution round earth's human shores,
Or gazing on the new soft-fallen mask
Of snow upon the mountains and the moors—
No---yet still stedfast, still unchangeable,
Pillowed upon my fair love's ripening breast,
To feel for ever its soft fall and swell,
Awake forever in a sweet unrest,
Still, still to hear her tender-taken breath,
And so live ever—or else swoon in death.

4. "Piedra de Sol" (Sunstone) by Octavio Paz is a 584-line one-sentence poem that ends with a colon—making it a 584-line incomplete sentence.