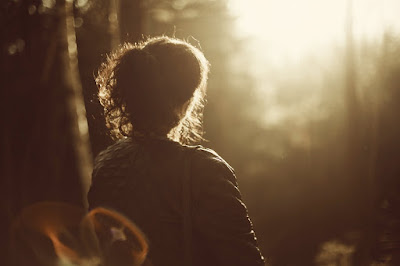 We all have stories to tell—events in our lives that have led to insights we’d like to share—and some of us would love to tell those stories through the medium of poetry. The question is: How do we get from story to poem?

Narrative poetry (poetry that tells a story) is based in the traditions of storytelling and folk tales. It always has characters and a plot—there is action. A narrative poem usually tells a story using a poetic theme. Our current understanding of narrative poetry has traveled past epics and ballads and has evolved into more contemporary forms. Foremost today, the poet should be aware of exactly what he or she wishes to convey—to understand the purpose of telling the story and what he or she wants to share with readers beyond the story itself. In other words, the story itself becomes a taxicab for something other. A narrative poem should lead to something more than the obvious story—there should always be an implied or suggested meaning that goes beyond the personal story in a narrative poem. You’re not just going to tell a story about how your Auntie Martha lost the pearl necklace you hoped to inherit—your narrative poem should lead readers to the larger meanings and associations of loss and expectation. There’s a big difference between simply telling a story and writing a poem.

Narrative poems sometimes fail to move beyond the anecdotal and simply recount an experience that the poet has had. A great personal narrative, though, has to be larger and more meaningful than an anecdotal poem. In other words, a great personal narrative can’t rest on its anecdotal laurels and must do more than simply tell a story. It needs to approach the universal through the personal, it needs to mean more than the story it tells, and the old rule “show, don’t tell” definitely applies.

1. Think about a story that you really want to tell: something that happened to you or to someone you know, a memory that haunts you, a family legend, or a dream.

2. Make a list (or do a free write) in which you record the important details of the story you want to write. Include the main “characters” and a bit about their relationships to one another.

4. Remember that the “story” you tell should have a beginning, a middle, and an end.

5. The narrator of the poem doesn’t have to be you—you have the option of writing in the first, second, or third person. Consider a variety of perspectives before deciding.

6. Decide upon the approach you’d like to take in your personal narrative: chronological, flashback, or reflective.

Chronological—structure your poem around a time-ordered sequence.
Flashback—write from a perspective of looking back.
Reflective—write thoughtfully or “philosophically” about the story you tell.

1. Start with a “bang” by beginning with a startling detail (or part of your story). A good narrative poem doesn’t have to begin at the beginning of the story. Move the story forward (and look back) from whatever your “point of entry” may be (you may even start with the end of the story).


3. Work on creating striking imagery, a strong emotional center, and an integrated whole of language, form, and meaning.

4. Keep your poem on the shorter side. That will mean leaving out all unnecessary details.

5. Be on the lookout for prepositional phrases that aren’t essential (articles and conjunctions too).

6. Mark Twain wrote, “When you catch an adjective, kill it. … They give strength when they are wide apart.” As you work on your narrative poem, think about which adjectives your poem can live without. (Often the concept is already in the noun, and you don’t need a lot of adjectives to convey your meaning.)

7. Avoid clichés, abstractions, and sentimentality—stick to your story.

9. End with an image, not an explanation. It isn’t necessary to tie your narrative up in a neat package. Your dismount should be just as impactful as your first line.