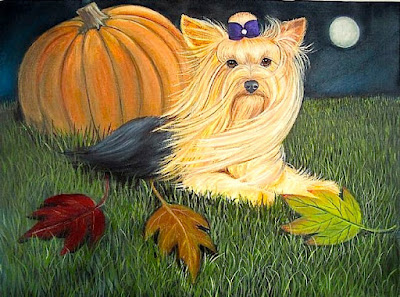 Here in the northern hemisphere, autumn began on September 22nd. August, in my corner of the pond, was a stretch of heat and humidity that makes this change of season very welcome.

This week, I thought it might be interesting to write poems about the end of summer. To get you started, here are some examples:

http://www.poetryfoundation.org/poetrymagazine/poem/26442
"Three Songs at the End of Summer" by Jane Kenyon

Try free writing for a while and see where you go.

Then, go through what you’ve written and select any ideas, phrases, and emotions that seem connected. Let your own words and feelings guide you as you work these into the first draft of a poem.

As you continue to work on your poem, think about your obvious meaning and the deeper intentionality of the poem. What's your "up front" meaning? What deeper meaning have you written into the piece? Think of tone and mood as well.

Keep the following in mind as you edit, and fine tune:

6. Challenge the ordinary, connect, reveal, surprise! And … remember that a poem should mean more than the words it contains.

7. Create a new resonance for your readers, a lit spark that doesn’t go out when the poem is “over.”

8. If you take a risk, make it a big one; if your poem is edgy, take it all the way to the farthest edge.

9. Understand that overstatement and the obvious are deadly when it comes to writing poetry. Don’t ramble on, and don’t try to explain everything. Think about this: a poem with only five great lines should be five lines long.

10. Bring your poem to closure with a dazzling dismount. (Be careful not to undercut your poem’s “authority” by ending with trivia or a “so what” line that doesn’t make your readers gasp.)