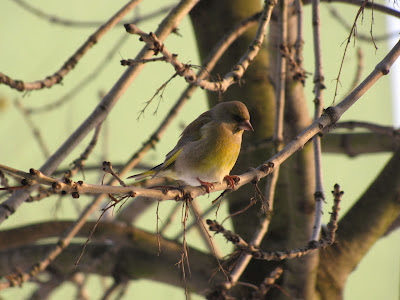 This week our prompt deals with narrative poetry (poetry that tells a story). The goal is to write a poem in which you tell the story behind a special memory. Sounds easy, right? NOT!!! For this poem, I’d like you to stay very focused on not simply telling a story but, rather (and here’s the challenge), on what the story means.

A lot of people who write poetry work from a prose impulse and a prose logic that they arrange in lines and stanzas. This is especially prevalent in “memory” and memoir poems. It’s way too easy to tell a story in a format that looks like a poem. Often, we see memoir and confessional “writings” that tell something of someone’s story, include a couple of good images, throw in few similes or metaphors, come up with a clever ending, appear in lines and stanzas, and masquerade as poems.  Sure, that kind of writing may generate applause from readers or listeners who have had similar experiences (especially in open readings where there isn’t enough time to “know” the poem well), but it’s not truly poetry because it never reaches beyond the poet’s impulse to “tell.” The poem has to be more than the story – it has to be about what happened because of the story; thus, the story becomes subordinate to its telling.

Beware of writing/telling too much in your poem. Remember that a poem should contain an element of mystery or surprise – first to the poet and then to the reader or listener. A lot of the poems being read and published today are so cluttered with superfluous detail (and way too many adjectives) that the poems become claustrophobic experiences (I call it TMW – too many words). A poet, beyond competence, has to trust readers to fill in some of the blanks.

Some people who write poetry become so occupied with telling their stories that they (the writers) are indelibly superimposed over their poems. There is definitely a finding and loss of the self in poetry writing – that sounds contradictory, but it isn’t. The poet enters the poem to learn something; once written, the poet necessarily exits. The poem shouldn’t carry the poet along with it – all that bulk and bone will cast shadows.

Be careful about abstractions, generalizations, and sentimentality. There is a big difference between image and abstraction. The best lesson a poet can learn is to write little – to go to the minute on the way to the large, and that means avoiding abstractions and generalizations. A good poem does take risks – artistic and emotional – but never through concepts and notions or simplifications. Every poem needs a strong emotional center that doesn’t smother meaning with sentiment. A poem should be about poetic sentiment without schmaltziness. Subtlety is good, overstatement and the obvious must be avoided. Think of your poem in terms of what your personal story means in the larger, more universal perception of human experience.

Poems to Read Before Writing:

"Once in the 40's" by William Stafford
Note: What is Stafford really “telling” readers in this poem? The sense of what was and how good it was, and how we sometimes only recognize that much later?

"The Dancing" by Gerald Stern
Note: Gerald Stern has said, “It’s the poet’s job to remember.” In this poem he remembers what it was like in Pittsburg, 1945. This poem is very specific to Stern’s experience (as memory poems should be). How does it speak to you? What, specifically, strikes a chord when you read this poem? What is Stern telling us?


"Linguini" by Diane Lockward
Note: In this poem Diane Lockward skillfully uses food and a deliberate lightness to draw the reader into the "story." The reader can almost feel the wild abandon of the "linguini moments" Diane writes about. Note that this poem isn't about a single moment; rather, Diane incorporates related "threads" (or should I say "strings of linguini?") to provide insights into a relationship.

Now ... what’s your story? Write a poem about a special memory – tell your memory's story!

Email ThisBlogThis!Share to TwitterShare to FacebookShare to Pinterest
Labels: Narrative Poetry, Poetry Prompt, The Music In It Poetry Blog, What's Your Story?