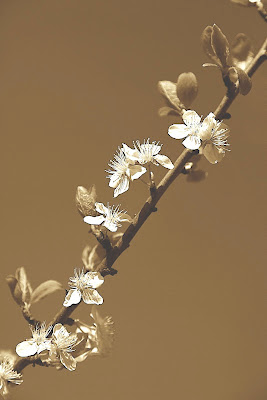 For those of you who don’t subscribe to Diane Lockward’s excellent poetry newsletter, I thought you might enjoy working with the craft tip I wrote for the May issue (see below if you'd like to receive the newsletter).
In a Station of the Metro
by Ezra Pound

What is it about the above poem that captures the imagination? It’s a short poem, only two lines, and it “says” little. There are only two images in this poem – the apparition of the faces and the tree petals to which those faces are compared. However, Pound evokes thoughts about attraction, human beauty, and springtime; we feel his surprise and awe. He might have written “I stepped into the metro and saw faces in the crowd that looked like tree blossoms.” The haunting quality and the heart of Pound’s words are powered by a fundamental component of poetry – imagery.

Imagery is best explained as vivid description or figures of speech used to recreate things seen (or otherwise perceived) through written language. Imagery is often explained as the process of creating “mind pictures” with words but, while image is synonymous with picture, effective imagery is not exclusively visual and may spark any of the senses. Imagery enhances meaning, develops tone, enriches context, creates tension, and establishes voice. It can also be a means through which a poet reveals a poem’s emotional center.

In my work with poets in workshops and critiquing sessions, I offer a the following suggestions for creating successful images.

1. Always be specific, avoid general terms, phrases, and statements. Images aren’t about abstractions or philosophical musings. Rather, they evoke the meaning and truth of human experiences in perceptible and “actual” terms.
2. Avoid lofty language and literary affectation. Neither big words nor literary pretensions lend themselves well to effective imagery. The imagery “wow factor” lies in language that is unexpected and deceptively simple.

3. Watch out for clichéd images. Examine your poems carefully and note any phrases or lines that seem familiar or general. Work to create images that are striking and fresh – distinctive and different. Think in terms of similes, metaphors, and other types of figurative language, and how you can use these to enhance your images. I love this related quote from W. H. Auden: [A poem] “must say something significant about a reality common to us all, but perceived from a unique perspective.” That unique perspective can be articulated through imagery.

4. Don’t merely “ornament” your poems with images. Good imagery isn’t a pair of Louboutin shoes or a Rolex watch. Imagery doesn’t “dress up” a poem and should be only be used to present your subject exactly as you perceive it. Imagery that’s too deliberate or self-consciously “poetical” can ruin an otherwise good poem. Don’t be clever or cutesy. Let your images evolve organically with just the right amount of tweaking.

5. Be wary of “imagery overkill.” Too many or over-written images can be tedious if not mind-numbing. When asked how many images a mid-sized poem should contain, my answer is always the same: if you look at poem you’re writing and only find five great lines, then the poem should only be five lines long; in the same way, if you look at a poem you’re working on and only find a single brilliant image, then the poem should only contain a single image. And this in closing: sometimes we write images we love but which aren’t quite “right” for the poem in which we’ve placed them. When this happens, be prepared to sacrifice an image you love for the sake of the poem. The poem (and your readers) will be grateful.

This week, try writing a poem in which you include some striking imagery. One way to begin is to simply make a list of images. Focus on details and originality of expression. The choose one image give it image its head – let it lead you into a poem.

"A London Thoroughfare. 2 A.M." by Amy Lowell
"To a Poor Old Woman" by William Carlos Williams
"The Love Song of J. Alfred Prufrock" by T. S. Eliot
"The Daffodils" by William Wordsworth
"This is a Wonderful Poem" by David Wagoner
"The Great Black Heron" by Denise Levertov
"Gospel" by Phillip Levine
"My Mother on an Evening in Late Summer" by Mark Strand
"The Harvest Bow" by Seamus Heaney
"Obsolete Angel" by Renee Ashley

Click here to sign up for Diane Lockward's newsletter! The newsletter is free and will come directly to your email inbox; each monthly issue contains such features as a poem and related prompt, a book recommendation, a craft tip, poetry links, a video, and more.
Share |
Posted by ADELE KENNY at 7:55 AM

Email ThisBlogThis!Share to TwitterShare to FacebookShare to Pinterest
Labels: Diane Lockward, Imagery, Poetry Prompt, The Music In It Poetry Blog