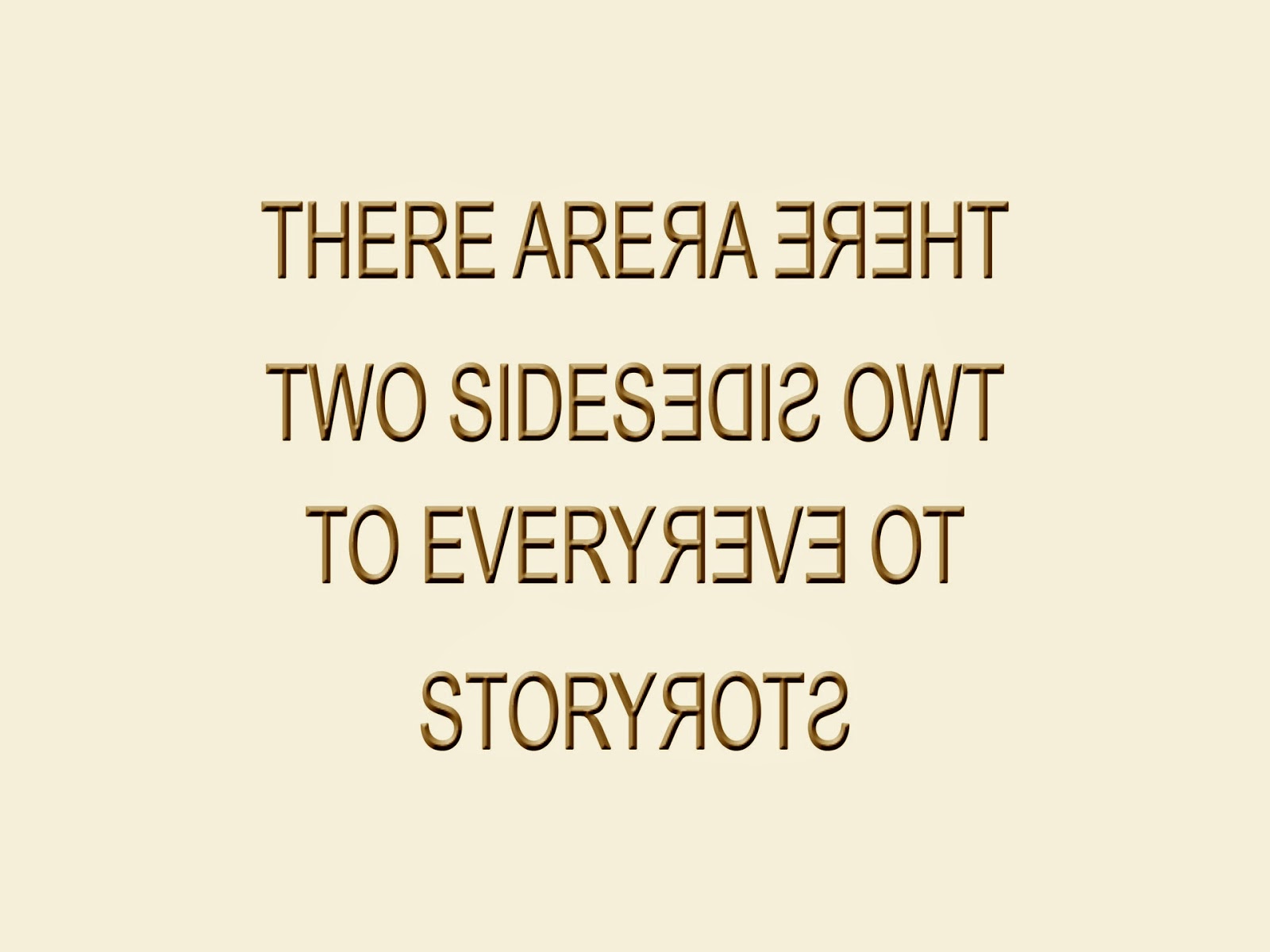 Every truth has two sides; it is as well to look at both,
before we commit ourselves to either.
– Aesop

I’m sure you’ve heard the old expression, “There are two sides to every story.” In other words, there are almost always different perspectives or ways of looking at something. Not everyone sees, experiences, or recalls things in exactly the same way, and there are usually valid reasons for opposing opinions. As we come back to poetry prompts this New Year, let’s consider differing perspectives or points of view, different memories of the same experience, and other situations in which “things” may be seen from two sides. Think in terms of a poem that has two stanzas or two parts (one stanza or part for each side, each perspective, each point of view, each memory, each description).

1. Think about a particular incident in which you and someone (friend, family member, spouse, partner) had an argument or “falling out.” Write a two-stanza or two-part poem in which you tell about the incident from your point of view (stanza 1or part 1) and the other person’s (stanza 2 or part 2).

2. Select a painting and write two short poems or a two-stanza poem about it from two distinctly different points of view.

3. Select a well-known work of art and write a two-stanza or two-part poem in which the first stanza is your view of the artwork and the second stanza is the artwork’s view of you.

5. Think of one of the great loves of your life and write a poem in which you describe/discuss that love from your own perspective and the perspective of the object of your love. (Again, two stanzas or two parts.)

6. Think of a geographical place (city, state, country) or a topographical feature (lake, meadow, mountain, seascape, etc.) and write a two-part poem about it, describing from two different views.

7. Select a poem that you love and write a two-stanza or two-part poem in which you discuss the poem from two completely different points of view (love the poem, dislike the poem).

8. Write a poem in which you feature two voices to create a dialogue or argument. This may be based on imaginary people and ideas or may be based on an actual experience you’ve had.

1. Be sure to avoid the pitfall of simply telling a story (two ways in this case).
2. A poem needs to do more than tell—it has to move beyond its subject through heightened awareness of the subject’s deeper meanings. Identify the real subject of your poem.

3. Raise a question or two and, perhaps, leave them unanswered.

4. Don’t be afraid to experiment with sentence fragments.

5. Bring the poem to closure in an unexpected way (maybe even with a third point of view).

Email ThisBlogThis!Share to TwitterShare to FacebookShare to Pinterest
Labels: Poetry Prompt, The Music In It Poetry Blog, Two Sides to every Story Poetry Prompt