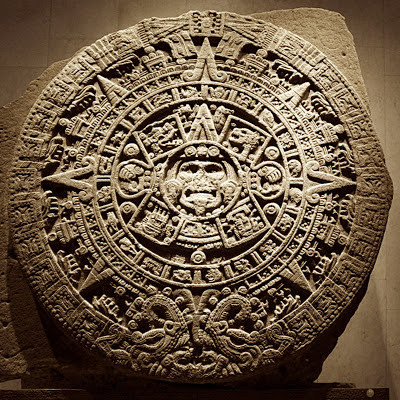 Apocalyptic beliefs have been around for a long time. Consider England’s Doomsday Book. Commissioned by William the Conqueror for tax purposes, many people of the time thought the end of the world would occur when the book was completed. Isaac Newton (widely considered the world’s greatest physicist) spent a lot of time searching the Bible for clues to the “end date” (which he calculated as 2060). The funniest end of the world story comes from Leeds, England in 1806 when a hen began laying eggs on which the words “Christ is coming” appeared. This convinced many people that the end of the world was near until a sensible local person actually watched the hen lay an egg and it became clear that a silly hoax had been “hatched.”

End of the world prophecies are arguably as old as the world, and for quite a long time before December 21, 2012, there was a lot of buzz about the Mayan calendar and the supposed end of the world. Even the most skeptical among us undoubtedly gave a thought to the possibility, however lightly taken the whole idea was. 12-21-12 may have been the end of the Mayan calendar, the beginning of a new cycle of history, or simply another first day of winter in the northern hemisphere, but that’s all it was.

Yes, you guessed it, this week’s prompt is to write poems about the end of the world. There’s just one rule: poems must be fourteen lines long (or less) and must contain at least one image that will amaze your readers. Work hard to make your poem unique—make your readers a little uneasy or fidgety—find ways to surprise even yourself.

2. Write a biblically referenced poem about the end of the world.

3. Write a reflection or meditation about the world’s end.

4. Write a poem about a time when it seemed your world was ending. Remember that simply telling a story doesn’t make a poem. A good example for this is the old 1963 Skeeter Davis song “The End of the World?” Click here to listen.

5. Write a response to the final stanza of T. S. Eliot’s “The Hollow Men” (perhaps his most often-quoted lines).

6. Write a weather report for the last day of the world (volcanic explosions, tsunamis, tornados, hurricanes, earthquakes, or rogue meteors in the forecast).

7. Write a humorous poem about the end of the world.

9. If you don’t fancy writing about the end of the world, try writing a poem about another kind of ending. Click the link below for some poems about endings by Laura Kasischke, Maxine Kumin, Gregory Orr, Dana Levin, Tom Hennen, and Bob Hicok (from the NY Times).

Tip: As you’re writing, it’s helpful to read your lines aloud. Hearing how the words and phrases sound can help with editing and can also “generate” what you want to write next. Let the sound of your poem “speak” to you as you write.

Email ThisBlogThis!Share to TwitterShare to FacebookShare to Pinterest
Labels: Apocalypse, End of the World Poems, Poetry Prompt, The Music In It Poetry Blog, When?