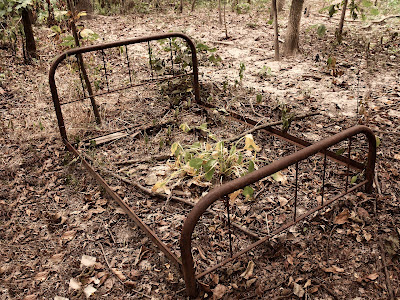 Was it only by dreaming or writing that I could find out what I thought?
– Joan Didion
What’s the dream experience like for you? Have you ever had a particularly vivid dream that you haven’t forgotten? A recurring dream? A precognitive dream (a dream that comes true as a future event)? A dream that defies understanding?
While dreams are typically defined as thoughts, images, or emotions that occur during sleep, Thoreau called dreams the “touchstones of our characters.” William Butler Yeats said, “In dreams begins responsibility.” And according to Shakespeare, “We are such stuff / As dreams are made on.” C. K. Chesterton wrote, “The center of every man's existence is a dream.” When I read these comments, I made an immediate connection to poetry: touchstones of our character, the stuff of dreams, responsibility, the center of our existence, thought, image, and emotion; and I began to think about the ways in which dreams intersect with waking life, what dreams mean, and why some dreams are so compelling (and sometimes convincingly real).
I wouldn’t go so far as to suggest that poetry is the language of dreams or vice versa, but a shared “lexicon” of image and emotion is definitely possible. Without getting into the psychology of dreams or dream interpretation (fascinating areas of study), let’s write poems about dreams this week.
Try writing a poem about a specific dream. You might “tell” about a dream, re-create a dream, write about a dream’s impact, or you might write your poem in the prose poem format of a dream journal or diary. If you honestly can’t remember a dream, make one up or write a poem about dreams in general. You might write about an animal’s dream, an inanimate object’s dream, or you might take on the persona of a dream and write as if you are a dream speaking. Another possibility is to write about a nightmare you’ve had, to create a nightmare poem, or to write about a favorite daydream. Still another possibility is to write a poem based on this quotation: "If there were dreams to sell, what would you buy?" (Thomas Lovell Beddoes)
Example Dream Poems:
"A Book Said Dream and I Do" by Barbara Ras
"A Dream Within a Dream" by Edgar Allan Poe
"Dream Song 1" by John Berryman
"Dreams" by Langston Hughes
"Dream Variations" by Langston Hughes
"Fire Dreams" by Carl Sandburg
"It was a Dream" by Lucille Clifton
"Waking the Morning Dreamless After Long Sleep" by Jane Hirschfield
"Monna Innominata [I dream of you, to wake]" by Christina Rossetti
"The Land of Dreams" by William Blake
"Her Dream" by William Butler Yeats
"A Dream of Trees" by Mary Oliver
"The Dream" by Edna St. Vincent Millay
"This Room" by John Ashbery
ANOTHER NGIHT ON THE WING OF THAT DREAM


It’s the same damned dream – a hole and she
knows she’s in it. She feels herself flail, small
(like shiver, the bed sprung with the weight of
her life.) She can’t lift off. She flaps, arms
pitched like wings (that would be bird – wren,
sparrow – but she isn’t). She races and revs, gains
a fraction, then bumps down (the way one fall
bumps into another). She thinks: a spade for the
feathers, a bucket for the blood (whatever is left –
her own slow ghost). But stop! The fortuneteller
trips – illusion, trick – there’s one bird left on
the water, one wing through, and it’s rising.
(From What Matters, Welcome Rain Publishers, New York, NY, 2011)

Email ThisBlogThis!Share to TwitterShare to FacebookShare to Pinterest
Labels: Dream Poems, Dreams, Poetry Prompt, The Music In It Poetry Blog