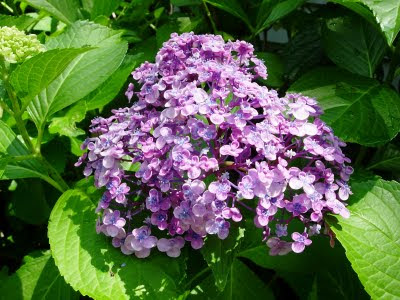 Fascination with flowers has long been a delight of human imagination, and many ancient civilizations attributed special powers and symbolisms to various flower types. Inspired in part by Lady Mary Wortley Montague (who learned the Middle Eastern language of flowers and whose published letters in 1763 introduced flower symbolisms to England) and by Charlotte de la Tour’s 1819 French book The Language of Flowers, flower language became enormously trendy during the nineteenth century. By the Victorian Era, a return to Romanticism and the Gothic revival worked together with the Victorian psyche, already finely tuned to the “romantic” and geared to blossoming interest in flower studies. Amateur botany came into vogue, buttressed by advances in printing that made flower pictures widely available. By mid-century, floral dictionaries or alphabetical lists of flowers and their meanings were  eagerly read and memorized. “Florigraphy” was most eminently popularized in John Henry Ingram’s Flora Symbolica (1869). With a love of the mysterious already firmly in place, flower meanings were subject to the trends and vagaries of Victorian feeling and fashion. Standard bouquets, tussie-mussies (round nosegays of flowers, framed by doilies and tied with satin) or single posies could convey both subtle and deeply meaningful messages. By using flower language, young ladies hoped their intimate communications would escape the watchful eyes of parents and chaperones, and men were able to “speak” unheard to the objects of their affection. Clandestine messages were flower-phrased to escape the notice of fiancés and spouses.
Flowers enjoy a long history in literature, and some of their symbolisms were centuries old when the Victorians adopted them. By the 13th century, Guillaume de Lorris’s Romance of the Rose inspired the medieval romance genre, typically set in a garden where flowers conveyed meanings. Shakespeare’s works contain over 500 floral references. The flower poetics of nineteenth century literature ranges from Emerson’s “Flower Chorus” and Tennyson’s “Flowers in the Crannied Wall” to Wordsworth’s exaltation of daffodils in “I Wandered Lonely as a Cloud.” Some Victorian poets assigned human characteristics to individual blooms: Hood called the violet a “nun” and the pea a “wanton witch.” In “A Flower in a Letter,” Elizabeth Barrett Browning wrote: “Young maids may wonder if the flowers/ Or meanings be the sweeter.” Tennyson compared the rush of sweet recollections to a bridal procession: “With music and sweet showers / Of festal flowers.”
In Victorian painting, flower iconography inspired many artists, particularly the Pre-Raphaelites led by Dante Gabriel Rossetti, John Everett Millais, and Edward Burne-Jones, Burne-Jones was so intrigued by flower symbolism that he made lists from which he drew inspiration for his paintings. The Arts and Crafts movement, spearheaded by William Morris, expressed flower symbolism in floral wallpapers, hangings and stained glass. From the mid 19th century on, flower symbolism was in common use everywhere. Fashionable bouquets carried a wide range of meanings based on established symbolism, positioning of flowers, and combinations of certain plants. A flower presented in an upright position conveyed a positive thought; “yes” was implied by offering a flower with the right hand, “no” with the left.
Irises carried multiple meanings, including “I have a message for you,” “your friendship means so much to me,” and “my compliments.” Viscaria was an invitation to dance. A bouquet of purple heartsease held the message “you occupy my thoughts.” Gardenias, symbolic of secret love, expressed “you are lovely.” Purple lilacs, symbolic of love’s first emotions, asked “do you love me?” Heliotrope was a sign of devotion and carried the message “I adore you.” A single rose in full bloom meant “I love you” or “I still love you.”
While the purple hyacinth was a symbol of sorrow, it also hinted that the recipient’s actions were rash. White hyacinths meant “I’ll pray for you.” A bouquet of hydrangeas was a grateful acknowledgment – “Thank you for understanding.” Sweet peas were a silent note of thanks for a lovely time. Yellow carnations signified “you have disappointed me.” Jonquils were a plea to return affection. Pink carnations promised “I’ll never forget you,” and tea roses held the message “I’ll remember always.” Above all, the rose was, and remains, the sovereign of flower language. Long praised in literature and in art, the medieval badge of love and the Tudor emblem, the rose held various meanings based on variety and color. It remains the ultimate flower symbol, possessed of a perfect beauty that in the words of William Wordsworth “puts forth a thorn” – a symbol perhaps of the very nature of life.
(Excerpted from “Victorian Flower Language,” by Adele Kenny, Collectables Trader (Australia), Oct/Nov 2005)

Whew – all that history having been noted and, hopefully, having inspired you, we get to this week's prompt, which is based on flowers and flower language. This week’s poem will incorporate a flower symbolism or two and some flower imagery. The idea will be to tell a story from your personal experience and to include flower symbolism in the telling.
Begin with a free write to get some ideas going; or, think about an experience or time in your life with which you associate a flower or flowers, and jot down a few notes.
Look over what you’ve written and focus on a particular experience or time.
Look through the Victorian flower symbolisms www.victorianbazaar.com  and choose those that apply to the experience you’re going to write about. Be sure to read a few “flower poems” by famous poets http://www.poets.org/page.php/prmID/491
Write your poem! Focus on imagery, and be careful not to become prose-like as you tell your story; although, a prose poem would be great, see Poetry Prompt #47 for info.