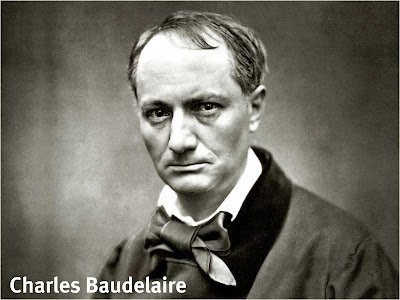 "Which of us, in his ambitious moments, has not dreamed of the miracle of a poetic prose,
musical, without rhyme and without rhythm, supple enough and rugged enough to
adapt itself to the lyrical impulses of the soul, the undulations of the psyche,
the prickings of consciousness?”

The term prose poem seems contradictory, but the form is one that's been around for a long time and is currently enjoying a renaissance of attention. A prose poem has one foot in prose and the other in poetry, but it commits completely to neither. A prose poem is a poem that resembles prose, a type of open-form poem presented in paragraphs with lines that break with the margins. Prose poems contain both complete sentences and intentional fragments. Based in reality, they often give a nod to the surreal.

Prose poems are usually compact; they bear a physical resemblance to prose but move away from typical prose techniques in favor of poetry-like imagery and/or emotional effect. The prose poem's allegiance to poetry is unmistakable in sonic impression, internal rhyme, assonance, alliteration, figures of speech, and imagery. Prose poems vary in length from a single paragraph to more than a page.

Examples:
Charles Baudelaire, "Be Drunk"
Arthur Rimbaud, Two Prose Poems
Gertrude Stein, Three Prose Poems
James Tate, "The List of Famous Hats"
Robert Bly, "Warning to the Reader"
John Ashbery, "For John Clare"
Mark Strand, "Mystery and Solitude in Topeka"
Your prose poem:
1. For starters, think in terms of a single paragraph as your goal for this prose poem. Approach your subject knowing that you won’t be concerned with meter, stanzas, or line breaks. Your prose poem will take the shape of a paragraph (be sure to justify both the left and right margins), and it will contain complete sentences and sentence fragments.

2. For content: think about a particular image that remains clear in your memory.

3. Now think about how that image entered your memory. Where were you?  Was anyone with you? What happened? How did you feel?

4. Write a paragraph based on the image and about the experience. Bear in mind that your poem’s “muscle” will lie in the strength of your sentences. You will need to express thoughts and subtleties in ways that might be hampered by line breaks.

6. You may tell a story, but remember that the storyline is second to the language you use to tell it. There are two caveats.
A. Your prose poem shouldn’t read like a diary entry.
B. Be careful not to go over the top with poetic devices and poetic language.