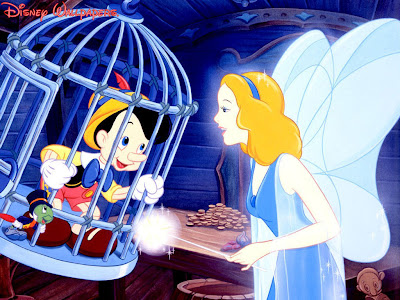 Long-time Speaker of the House Sam Rayburn once said, "You'll never get mixed up if you simply tell the truth. Then you don't have to remember what you have said." There’s wisdom in that statement even if it doesn’t address the ethical and moral aspects of untruthfulness. All of that aside, this week’s prompt focuses on how you can use a lie to create a poem. One goal will be to use a lie you’ve told to reveal a truth about yourself. For this prompt we’ll play Pinocchio!
1. Before you begin, think for a moment about the shape-shifting nature of truth, lies, white lies, fibs, and lies of omission.
2. Now make a list of lies you’ve told. Move out of your comfort zone and be completely honest (it’s okay – the list is for your eyes only). Think about real lies – not fibs or white lies told to spare someone’s feelings or to avoid unnecessary conflict – we’re talking “whoppers” here!
3. For each lie you list, remember the consequences.
4. Pick one of the lies you listed and write a poem about it. What does this lie tell you about yourself?
Alternative Ideas
1. Write a total fantasy, a poem based on fabulous fibs and delightful deceptions.
2. Make up a scenario that you’d love to live. Not the truth, of course – a fantasy. You might try prose poem form for this.
3. Write a poem about a liar you’ve known.
4. Write a poem about a time that someone lied to you.
5. Write a poem about Pinocchio (Geppetto’s wooden puppet who came to life and whose nose grew whenever he told a lie).
Something to Think About
Lies are successful when they control language to achieve the effect of truth. How do poets control language to make their poems believable? Have you ever read a poem in which the words, phrases, lines were beautiful but somehow just didn’t hold up under close scrutiny? Have you read poems in which phrases and lines sounded contrived or manipulative, almost as if they were listening to themselves with a kind of smug satisfaction? What is it that makes a poem “ring true?”
"The Liars" by Carl Sandburg
Share |
Posted by ADELE KENNY at 8:14 AM

Email ThisBlogThis!Share to TwitterShare to FacebookShare to Pinterest
Labels: "The Liars" by Carl Sandburg, Adele Kenny, Pinocchio, Poems, Poetry Prompts, The Music In It Poetry Blog