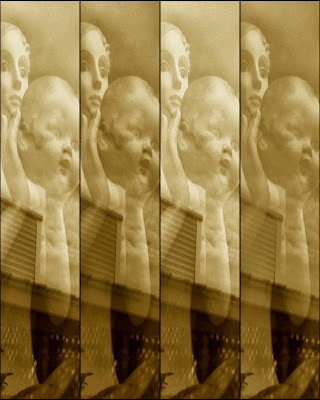 I’ve heard it called “Some Kind of Language Poetry,” “Neo-Poetry,” “Out Poetry,” “That Tripe Younger Poets Are Writing,” and (my favorite) “Sudsy Rubbish.” I’ve heard it criticized as “recycled Ashbery,” “self-referential,” “deliberately unclear,” “inward and evasive.” I’m not sure what to call it (or if the poets who write it have given it a name), but it’s definitely putting the screws to the contemporary poetry we’ve come to expect as standard fare.  I admit that, initially, I found it daunting and off-putting; but I’ve come to see it as a style that’s compelling and strangely convincing.

The “new” poetry’s closest association to a particular “school” appears to be to the New York School, which began during the 1960s with poets John Ashbery, Barbara Guest, Kenneth Koch, and Frank O'Hara. Heavily influenced by surrealism and modernism, New York School poetry is serious but also ironical, and incorporates an urban awareness into the body of work. I also see a closeness to Language Poetry, which is formed on the premise that language dictates meaning and stresses the reader's role in determining what a poem is about. There is, of course, always some margin-blurring, and one school leads into (and borrows from) another. This one, so far at least, eludes definition; hence, my generic term “new.”

The “new” poems are often quite cleverly acrobatic (and I write that as a former gymnast and gymnastics choreographer). Their cartwheels and back-flips are charged with inventive intelligence that can be playfully deliberate and teasingly ambiguous. They suggest a freestyle performance of handsprings and leaps propelled by wordy miscellany and oblique content, all choreographed into line breaks and stanzaic arrangements that are characteristically tight. Clearly, the voice is unique and, whether current and streetwise or deep in antiquity, the “new” poets know how to nail a dismount.

I might accuse the “new” poets of using too many adjectives; but, most of the time, the adjectives, though abundant, are startling, memorable, and used in unique combinations, curious admixtures of words and allusions (and even when they defy conventional understanding, they still sound very cool).

I’m drawn to the “new” poems’ longer lines, occasional absences of terminal punctuation, syntactical negotiations, and disregard for levelheaded “sense.” I’m persuaded by the poems’ tendency toward the romantic and surreal (dreaminess rather than poetic muscularity), a sense of longing (perhaps even neediness), and a sharp edge (honed by linguistic acuity). The poems offer drama, tonal turns, and the dazzle of written language. I see in them, as well, a sense of Hart Crane’s optimism and something of the same social and artistic longing for redemption. There is also a sense of the futility of it all. This “new” poetry is nothing if not powered by passion for words and buttressed by an energy that’s dynamic and fresh. I’m reminded here of a line from Adam Fitzgerald's “The Dialogue” (The Late Parade, W. W. Norton/Liveright, 2013): “It’s extraordinary. It is extraordinary.”

The “new” poets ramp up language’s natural music with alliteration, assonance, consonance, anaphora, and scattered rhymes. Edgy (sometimes intellectual without being academic), the “new” poems are typically lyrical in their movement away from the linear progression of narrative poetry. Reading them is like walking through a city in which all the windows are open, and conversations converge.

There is about this style a sense of entitlement, but that’s not intended as uncomplimentary or pejorative. Every era has its share of entitled poets, that is, poets who break and change the rules and do something important. Remember (among other schools and movements) the Beats (Kerouac, Ginsberg, Corso), the Surrealists (Breton, Baudelaire, Rimbaud, Éluard), and the Imagists (Pound, Williams, HD)? Lately, when I read poems by Adam Fitzgerald and Timothy Donnelly (among others), I can’t help thinking about previous game changers such as Gerard Manley Hopkins, T. S. Eliot, and e. e. cummings.

I don’t always understand the “new” poetry, but I’m intrigued by it and find it substantially more interesting than some of the rambling narratives, dreary lyricals, and technically perfect but ordinary sonnets and villanelles that we often find in journals and online. It would appear that poetry needs, from time to time, a reorientation, a readjustment—the shock of some discovery—and this “school” of poets is providing just that.

This week, read the example poems very carefully, and then try to write a poem in a similar style.

1. Break a few rules.
2. Write something different, step out of your poetry routine (rut or comfort zone).
3. Play with language, work on lushness and texture in your phrasing.
4. Make some magical music (internal and off rhymes, alliteration, assonance, dissonance, anaphora).
5. Don’t, whatever you do, simply tell a story, but “tell” something.
6. Start with a theme or mood in mind and let that “concept” power the poem.
7. Include startling images and unique combinations of words and phrases.
8. Do something different with punctuation.
8. Make up a word or a quirky expression.
10. Don’t be afraid to experiment.
11. Remember that every poem should make a reader gasp at least once (in appreciative amazement).
12. Surprise yourself.