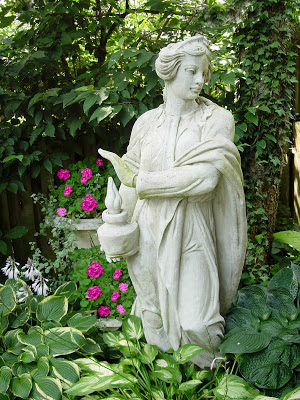 I’m sure you’ve noticed that many poets choose to include a quotation (epigraph) beneath the title and before the text of their poems. By way of definition: an epigraph (not epigram or epitaph) is a short quotation or saying at the beginning of a book, a chapter, a story, or a poem that’s borrowed from another writer and included to suggest the theme or to give the reader a hint of what’s to come. Epigraphs are often from classical (Latin, Greek) or Biblical sources and call to mind similar themes or thematic contrasts. Typically, epigraphs are no more than a line or two, but may also be more lengthy.

Among numerous other poets, T. S. Eliot adopted a kind of signature element in using foreign language quotes as epigraphs (as in “The Waste Land” and “The Love Song of J. Alfred Prufrock”). In addition, Chaucer opened “The Knight’s Tale” with a quotation from the Roman poet Statius; Alexander Pope began the 1743 version of the “Dunciad” with an epigraph from Ovid; and Keats prefaced his “Poems” with a quotation from Spenser. Today’s poets seem to use epigraphs with increasing frequency.

For this week’s prompt, let’s try some “epigraphing.”

1.  Remember that the epigraph you choose should suggest the content of your poem, should be insightful, and should be a source of inspiration for what you write. Feel free to search the Net and to use quotations in any language you wish, including English. If you speak another language, or know someone who does, you might find that helpful in finding a foreign-language epigraph.

2.  The quotations you use don’t have to be from poems; they may be from any source. Spend some time looking for quotes that inspire you.

3.  Once you’ve found a quote to work with, begin free writing to get some ideas going.

4. After free writing, read through what you’ve written and see where your ideas take you.

5. If you draw a blank on this one, here’s an alternative idea: look through your already-written poems and see if you can find an epigraph for one or more of them.

6. Another option is to choose an epigraph from a poem that you like. For example, lines from Phyllis Wheatley’s “On Being Brought from Africa to America” form the epigraph for Alfred Corn’s “Sugar Cane” (http://www.poetryfoundation.org/poem/175604).

8. To format the epigraph for your poem, be sure to insert the quotation (with quotation marks or in italics) between the title of the poem and the text. Immediately after the quote, be sure to credit your source. (If your quote is in a foreign language you may include the translation immediately under the quote and before the source. This isn’t usually done, though, and readers may find it interesting to discover the meaning of your foreign-language epigraphs on their own).

9. For formatting, Here’s are the epigraphs from Eliot’s “Prufrock” and “Waste Land”:

The Love Song of J. Alfred Prufrock Click Here to Read the Poem

The Waste Land Click Here to Read the Poem

10. And, by way of sharing, here’s an example of how I formatted an epigraph for a poem in my book What Matters:

Of Feathers, Of Flight Click Here to Read the Poem

… if I look up into the heavens I think that it will all come right …
and that peace and tranquility will return again.
—Anne Frank

Feel free to search the Net to find quotations that work for you. Here are a few that might be helpful.

Your absence has gone through me
Like thread through a needle.
Everything I do is stitched with its color.
(From “Separation” by W.S. Merwin)

Tell me, what is it you plan to do
with your one wild and precious life?
(From “The Summer Day” by Mary Oliver)

One less hope becomes
One more song.
(From “Song about Song” by Anna Akhmatova)

French: Du sublime au ridicule il n'y a qu'un pas.
It's just one step from the sublime to the ridiculous. (Napoléon)

Greek: ἓν οἶδα ὅτι οὐδὲν οἶδα
One thing I know, that I know nothing. This is the source of my wisdom. (Socrates)

Examples of Poems with Epigraphs:

"The Book of Thel" by William Blake
"Dejection: An Ode by Samuel Taylor Coleridge"