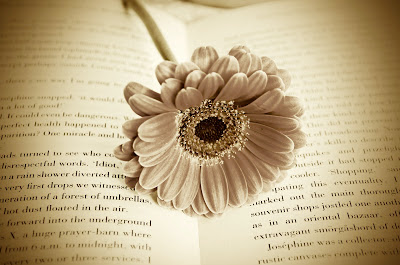 Is there a line (or phrase) from a book, play, poem, movie, or song  that you’ve never forgotten,  a few words from a remembered source that has a special meaning for you?

I’m sure you can see where I’m going with this.

1. Think about a line from a book, play, poem, movie, or song that means something special to you (that you carry with you) and write a poem based on that line.

2. Often book titles draw inspiration from poems such as Slouching Toward Bethlehem by Joan Didion (based on a line from Yeats’s “The Second Coming”); Steinbeck’s Of Mice and Men (from a line in Robert Burns’s “To A Mouse”); and Solzhenitsyn’s The First Circle from Dante’s The Divine Comedy. Along this line (pun intended), you may want to use a line from a poem (or part of it) as the title for your poem and work from that.

I couldn’t find any great example poems for this week’s prompt, so I hope some of you will post your poems or let me know if you come across any that fit the prompt!

Email ThisBlogThis!Share to TwitterShare to FacebookShare to Pinterest
Labels: and Songs, Movies, Plays, Poetry Prompt, Prompt for Poems about Lines or Phrases from Books, The Music In It Poetry Blog