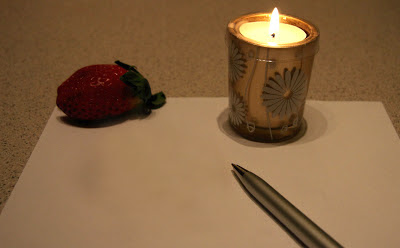 Beginning the night of Hurricane Sandy on October 29th, and through the days until yesterday, I was without electricity, and even when that was restored (with the exception of a few hours last Tuesday), I didn’t have phone, TV, or Internet service until yesterday afternoon. I spent a lot of time thinking about people who were worse off—during this particular storm and through history—and I confess to a bit of personal whinging.

In all, I was among the grateful lucky who only suffered the inconveniences of a power outage, a single lost tree, and downed branches. What I found most challenging was not being in touch with the outside world (other than a few close friends and neighbors): no telephone chats (not knowing if family and friends were safe), no Internet connection (no email, no blogging, no Facebook, editing jobs waiting in queue to be completed and sent), no snail mail deliveries (not even election campaign materials), and no television (news, favorite programs, etc). It was a strange feeling that put me “in touch” with not being in touch, disconnecting, losing contact, and what being “isolated” means. Although people worldwide experience much worse every day, the past twelve days reminded me how important our “connections” are.

This week, let’s write about lost, broken, missing, reestablished, and lasting connections. Our poems most often come to us through personal experiences, usually the most strongly emotional. In this week's poem, work toward creating a "charged" emotional center with the caveat to avoid being sentimental, overemotional, or "clichéd." Remember that sentimentality and poetic sentiment are not the same thing. Sentimentality is a literary pitfall dominated by a head-on  appeal to the emotions (whiney, self-pitying, excessively emotional, or saccharinely sweet), and it detracts from a poem’s quality, often making readers resist the emotional response you hope to invoke. The idea is to offer access to feelings rather than to pour them out in a rush of words—don’t simply tell, show through imagery and detail.

Click here to read an interesting article from Psychology Today on human connections.

P.S. It’s great to be back blogging and to being connected to you!

Email ThisBlogThis!Share to TwitterShare to FacebookShare to Pinterest
Labels: being Connected, Connections, Poetry Prompt, The Music In It Poetry Blog