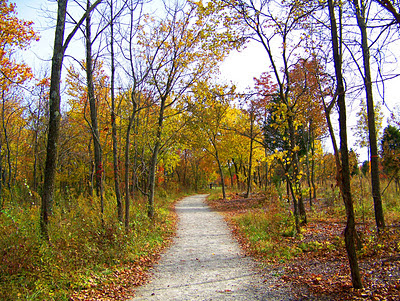 A friend recently told me about a workshop he attended in which the leader gave the participants a list of words and asked them to write a poem that included those words. This is an old technique and one that can work really well. Having been reminded of it, I thought we might try my adaptation of the basic prompt, which focuses on the things that are most important in poetry: words, images, and sounds. And … because it’s autumn, let’s write autumn poems.
Some autumn poems for inspiration:
"A Single Autumn" by W. S. Merwin
"Blackberry Eating" by Galway Kinnell
"Autumn Leaves" by Marilyn Chin
"Autumn Evening" by David Lehman
"Autumn Grasses" by Margaret Gibson
"Autumn Movement" by Carl Sandburg
"Leaves" by Lloyd Schwartz
"Home" by Bruce Weigl

"A Vagabond Song" by Bliss Carmen
Below: "October" by Robert Frost
Now for your poem!
1. To begin, read each word in the following list:
autumn
pumpkins
frost
cider
harvest moon
spider’s web
leaves
2. Next, write an image for each word.
Example: for spider’s web – the dewdrops strung like crystal beads inside the spider’s web
3. Then, write a poem that begins with one of your images and includes as many others as you wish. Try to include some appropriate sensory details (sound, sight, taste, touch, smell).
4. To extend this prompt, and to add an extra element of challenge, deliberately create an iambic meter in your images that you will continue throughout the poem. (Keep in mind that this is about meter; rhyme isn’t required, though you may include rhyme if you wish.) Take a look at the image example for step #2. This image is written in written in iambs (a pattern of unstressed and stressed syllables) and is actually iambic heptameter (7 iambs in the line).  A good example iambic pentameter (five iambs in each line) is “To Autumn” by John Keats.
Click either of the links to read and listen to Keats’s “To Autumn.” Be sure to listen carefully to the audio to get a sense of the poem’s sound.
http://www.poets.org/viewmedia.php/prmMID/15565
http://www.poetryfoundation.org/poem/173749
Note that the iambic pattern of unstressed and stressed syllables is rather like a human heartbeat.
Look at the iambic pentameter in a line from “To Autumn” (da indicates an unstressed syllable, dum indicates a stressed syllable)
To    swell    the     gourd     and     plump     the     ha-     zel     shells
da     dum     da      dum       da       dum        da     dum    da      dum
Give it a try, then listen to the sonic impression you’ve created to underscore your words and images.

Of course, and most importantly, use the words given to prompt an autumn poem in any style or form that works for you!
Share |
Posted by ADELE KENNY at 7:41 AM