When is a poem not a poem? 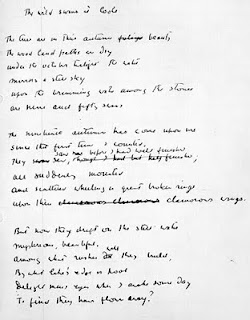 We’ve all read them in journals and heard them at poetry readings – poems that make us think, “Whaaaaaaat? That’s not a poem!” But there they are – in print and heard by audiences – poems that lack substance and surprise, music, immediacy, energy, and power.
How do we define what a poem is not? For me, a poem is not a poem:
when it’s sentimental, overly cerebral, or obscure,
when it’s self-consciously “poetic,”
when it’s clumsy, contrived, or cutesy,
when it leaves no gaps (when it “tells” too much),
when nothing in it leaps, trumpets, or thunders,
when its imagery fails,
when its “dismount” falls flat,
when it tries to be something it’s not,
when it’s forgettable.
Following are some insights from five poet and editor friends. 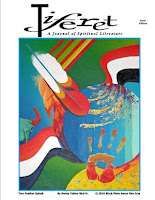 Donna Baier-Stein
Publisher and Editor-in-Chief of Tiferet: A Journal of Spiritual Literature
Click Here to To Order & Subscribe
A poem isn't a poem when it could just as easily be laid out on the page as dull prose, when there's no unexpected magic in the language or rhythm in the sound.

Joe Weil
Author of The Plumber’s Apprentice
Click Here to Order The Plumber's Apprentice
A poem is not a poem:
when it is part of a group sensibility (any group sensibility) and does not challenge, stretch, or try the reader's (or the poet's) aesthetics,
when the poet hedges his or her bets in the poem to the point of making no wager at all,
when the poem offends no one, baffles no one, troubles no one, and allows the reader or listener to go to bed comfortably still hugging the consciousness they had prior to reading the poem (while completely forgetting the poem),
when the poet relies on directness to the point of being merely overt or on indirection and ambiguity to the point of saying absolutely nothing in as bland and intelligent a way as possible,
when the showing does not tell, and the telling does not show and it's all done in neat tercets of medium length lines,
when the dog's the dog, and the tree's the tree, and the dying lover is the dying lover, and any old dog, tree, and dying lover would have done just as nicely,
when the poet employs one cliché after another and is as untroubled by it as a sociopath might be upon slitting a child's throat,
when the poem is ignorant of its own interior rules (it's organic necessity), and obeys some outward construct that destroys the virtue of obedience for the cheap rewards of conformity,
when the poem does not allow for at least the same amount of possibility as a white sheet of paper,
when there is nothing I could change, add, or correct in it and yet I still say: so what? In short, the equivalent of a pianist who can play all the notes correctly but never makes music. 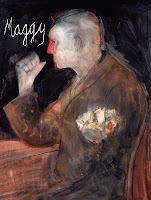 Adam Fitzgerald
Editor of Maggy Click Here to Order Maggy
Publisher of Monk Books Click Here to Order
I wish there was an easy answer about how to know the difference between what is a poem, and what is not. The second one feels tempted to be a little bit reactionary, of course, it’s important to remember Shakespeare’s plays were not published during his time by the author because Elizabethan drama was considered entertainment, and the idea of anyone taking an interest in playwrights’ works would be equivalent to HBO screenwriters publishing their collected works. Emily Dickinson’s work, though published soon after her death, was also not considered “poetry” – what many of the early reviews praised were her themes, her provinciality, her mysticism. When it came to the mechanics of verse, she was considered faulty.
… the short answer as to what makes a poem still seems to me to be what William Carlos Williams said, defending Marianne Moore, whose admitted aesthetic was to write “well-ordered prose” – he said it qualified as poetry because it was intended to be read as a poem. Then again, as John Ashbery articulated shrewdly in an interview I did with him this spring, one has to be open to encountering poetry anywhere: a sewing manual, a train bulletin, an info-mercial, even a blog, no? 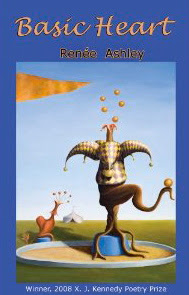 Renée Ashley
Author of Basic Heart
Click Here to Order Basic Heart
A poem is not a poem:
when the poem feels for you rather than leading you to feel,
when all the narrative and/or rhetorical gaps are filled,
when it’s selling something,
when it lacks a modicum of doubt,
when it’s out there instead of in here,
when it doesn’t mean more than it says,
when it’s merely clever,
when you get to the end and have not been startled into deep attentiveness,
when it falls in the forest and no one hears it. 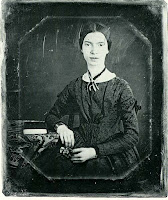 In 1870, Emily Dickinson remarked to Thomas Wentworth Higginson, "If I read a book and it makes my whole body so cold no fire can ever warm me, I know that is poetry. If I feel physically as if the top of my head were taken off, I know that is poetry. These are the only ways I know it. Is there any other way?"
What do you think? Your comments are welcome!