Prompt #374 – Someone Who Changed Your Life for the Better 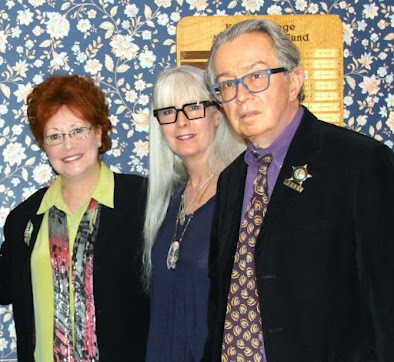 For our last prompt, I wrote about my seventh grade English teacher and the autumn poem to which she introduced me. I invited you to write poems about October and/or autumn. This time, I'm writing about another teacher, this time a college professor, who has had a powerful impact on my life.

I started my undergraduate work as a physical education major when I was 17 years old and quickly realized that it wasn't right for me. I decided on phys ed because I was involved in dance and gymnastics, and I thought it would be a good fit. Sadly, it wasn't. One afternoon, I was hit in the mouth with a field hockey stick during a game (oh, how I hated team sports). With a bloody lower lip and all the rage I could muster, I walked off the field to the sound of our instructor yelling, "Kenny, where the hell do you think you're going?"

In those days, we were assigned counselors. Mine happened to be my freshman composition professor, Charles DeFanti. I marched myself, bleeding lip and all, into his office and asked him to get me out of that "blankety-blank" major. He very calmly handed me a handkerchief and asked if I needed medical help. I said, "no" (the cut was small and didn't go through my lip, it just bled a lot).

So ... I sat there fuming and mopping my lip with his handkerchief. When I calmed down and the bleeding let up, DeFanti (as the students referred to him) asked me if I was serious about changing majors. I definitely was! He asked what major appealed to me, but I didn't have a clue. He then asked me what I liked to do. I replied that writing poetry and reading were the things I enjoyed most, to which he replied,"Okay, good, you can be an English major." I had no idea what was involved in transferring from one major to another, nor did I have a clue as to what was expected of English majors in terms of courses, but DeFanti took care of it all. In record time, I was happily and deeply immersed in Chaucer's Canterbury Tales and the intricacies of American English grammar. I never looked back.

In the years after college, I taught English, creative writing, and gifted ed. After twenty years in the public school system, five years at the College of New Rochelle, and ten years at a local Police Academy, I retired from teaching and have been writing poems and nonfiction since. If it hadn't been for Charles DeFanti (his caring, intelligence, and good judgment), my life would have taken a very different course.

Most importantly, Charlie's influence on my life wasn't momentary. He and I have stayed in touch for 55 years, and he has remained a dear friend, a trusted mentor, and a major source of encouragement in all areas of my life. Without his indelible support and the role model he has provided, it's doubtful that I would have been able to accomplish much in the field of writing at all. My gratitude to him has been, and will always remain, a profoundly relevant part of who I am.

In talking to friends, I learned that a number of them have had experiences with important people in their lives who, as Charles DeFanti did for me, made their lives better just by being there for them. Perhaps you've had a similar person (parent, spouse, friend, child, teacher, mentor) to support, guide, and direct you.

For this prompt, I invite you to think about your life and to pick one person who has helped to empower you, who has directed your course in some special way, and who has led you to actualize your potential.

1. Begin by thinking about the people who have impacted your life in special ways.

2. Choose one person to write about.

3. Create a list of the ways in which this person has contributed positively to your life.

4. Make a word or phrase bank of your person's special attributes and qualities of character.

5.  Keep in mind that most poems have strong emotional centers that don't smother meaning with sentiment. (There's a big difference between sentimentality and poetic sentiment.)

6. Work on a sense of immediacy (even when you write in the past tense). Stay away from the passive voice, and be wary of "ing" endings.

7. Avoid over-use of adjectives and too many details (bulk without substance can be deadly).

8. Remember that imagery is key, and write about things, not ideas. Show, don't simply tell.

9. You poem may be ode-like in content and form, it may be a thank-you poem or a narrative, it may be presented in the form of a letter, and it may be composed in lineated or prose poem format.

10. The idea is to honor someone special who has encouraged you to be your best "you." 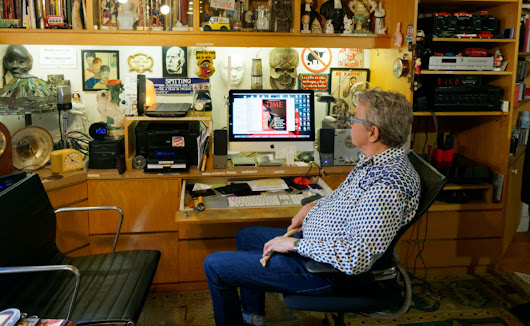 Email ThisBlogThis!Share to TwitterShare to FacebookShare to Pinterest
Labels: Charles DeFanti, Poetry Prompt Gratitude to Someone Who Changed Your Life