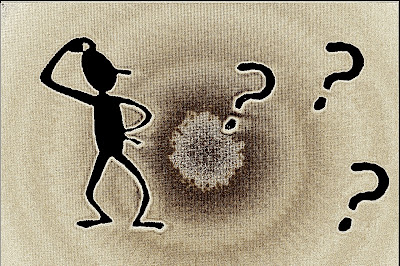 It may be said that poems are in one way like icebergs:
only about a third of their bulk appears above the surface of the page.
—Howard Nemerov

A short time ago, I came across the following Facebook post by my dear friend and fellow poet, Michael T. Young:

“When people ask what a poem means, it seems they expect to be led back to some point of origin that is a clear thought, articulated as prose, and which then defines the poem. The problem is that poems emerge out of fog. A poet doesn’t have a thought that he translates into words but more often he has a vague feeling, “a sense of wrong, a homesickness”—as Frost called it—that he struggles to find words for. It’s one of the reasons it nearly always stumps a poet to be asked what his poem means. A poet has this vague feeling he struggles to find words for and that poem is the meaning he wrestled out of the vagueness. The poem is the clarity which came out of that fog. To then have someone ask what the poem means is like asking what a dollar bill costs or what the length of a yardstick is. It’s a redundancy and a regression to obscurity. The poem is the meaning that was sought and found. The meaning is found in the destination, which is the poem, and not in the origin, which was the blank page. So, to take a reader back there is to lead them back into the fog, into the vagueness the poem emerged from, not to return to some point of clarity. The poem is the clarity.” 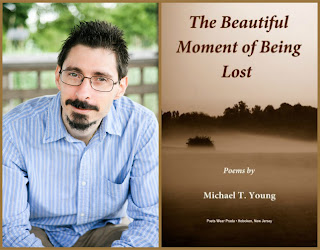 The connection Michael makes between meaning and clarity is an important one—it led me to reflect on how well we really do express what we “struggle to find words for.” It may be argued that too much analysis spoils the poem, but this week, to focus on meaning and clarity (along with editing and refining), I’d like you to go through some of your already-written poems, select one that you especially like, and do a bit of after-the-fact analysis.

1. Spend some time with the poem you’ve chosen—read it and think about it. Then answer these questions:

A. What is the meaning of the poem (that is, what did you intend to “say” in it)?
B. Did you have that meaning in mind when you started writing the poem? Did you “say” anything else?
C. Remember that some of the best poems contain their obvious subjects and one or more other subjects—what in your poem appears below “the surface of the page?”
D. How well did you convey the poem’s meaning?
E. How well did you achieve clarity in the poem?
F. Now, spend some time re-working the poem. Think in terms of meaning, clarity, and how you can “say what you want to say” better this time around.

3. Compare your two versions. Decide which is better and think about why. How is your better version “the meaning” you “wrestled out of the vagueness?”

1. Be specific, avoid general terms, phrases, and statements.
2. Think about freshness of expression and how you can better express the truth of your experience in perceptible and actual terms.
3. Make sure your poem has a sense of movement and trajectory.
4. Don’t lose sight of the whole poem while editing the particular. As you prune your poems, make sure that every word, every, phrase, clause, and sentence is necessary.
5. Present your subject exactly as you perceive it. Make your poem “the meaning that was sought and found!”

Email ThisBlogThis!Share to TwitterShare to FacebookShare to Pinterest
Labels: Adele Kenny, Editing to Clarify and Refine a Poem, Michael T. Young, Poetry Prompt, The Music In It Poetry Blog, What Does a Poem Mean Poetry Prompt