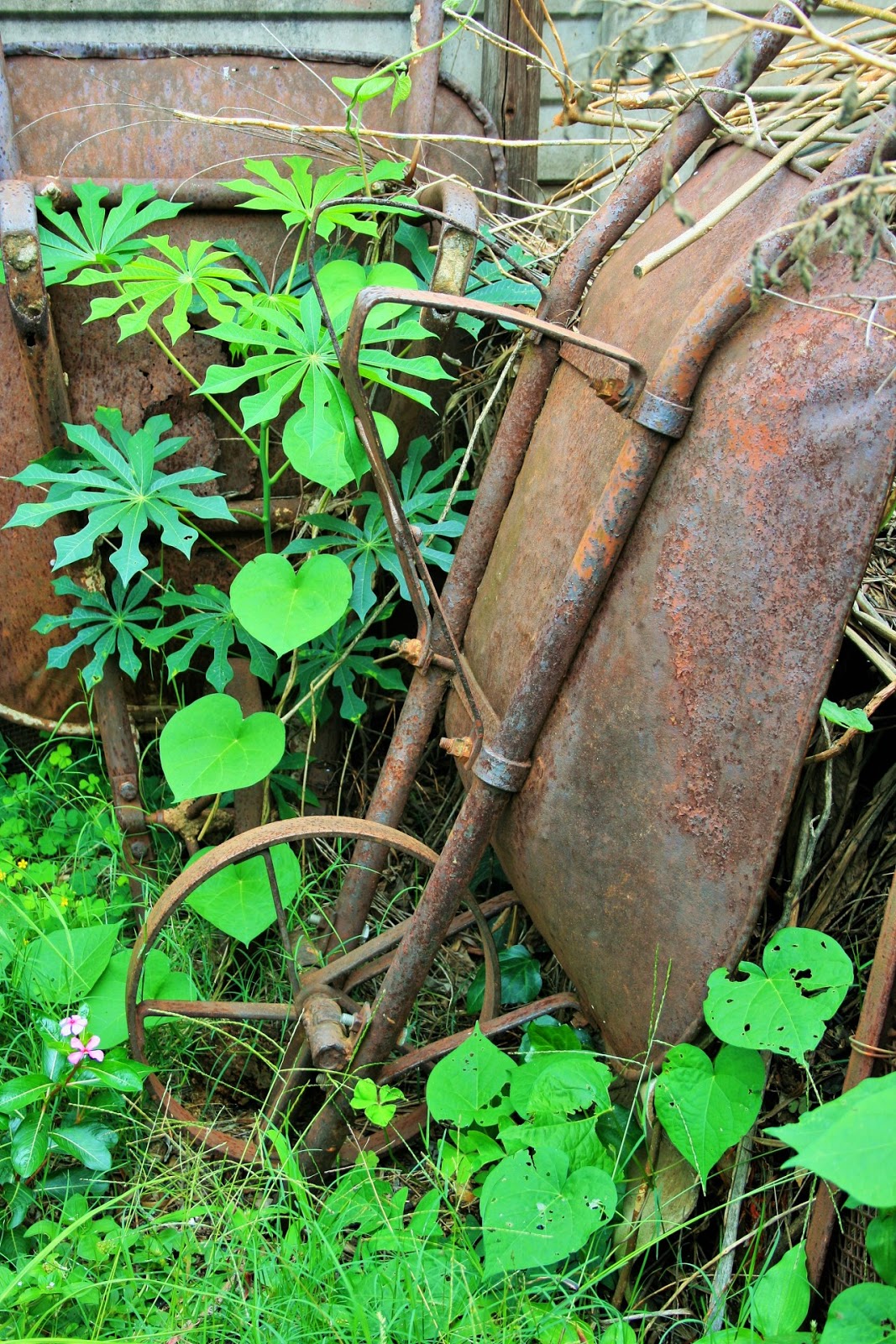 The first time I read William Carlos Williams’ famous poem “The Red Wheelbarrow,”  I thought it was silly. A red wheelbarrow beside white chickens? I was about 11 years old and hooked on Robert Frost—obviously not ready for the kind of profound compression, mystery, and power that Williams achieved.

beside the white
chickens.

“The Red Wheelbarrow,” like so many other Williams poems, is experimental. It appears to be a single sentence that ends with a period but doesn’t begin with a capital letter. The lineation is abrupt and dotted with monosyllabic words.

Williams doesn’t tell us why “so much depends / upon” the “red wheel / barrow / glazed with rain / water / beside the white / chickens.” He invites us to ask and to answer that question for ourselves.

In what has been called a “still life poem,” the last brushstroke adds another color and another image: white is set in juxtaposition to the earlier red, and chickens are added to the wheelbarrow image, leaving the reader to wonder what exactly depends upon the red wheelbarrow, whether or not the wheelbarrow is a metaphor for something else and, perhaps, why this poem has become well known.

1. Choose an object that represents or “remembers” something important to you (an object that you “live with” now or one from memory), and write a poem in which you describe that object. Don’t tell why it's important or what depends upon it. Use the Williams poem as a model for your own.

2. Williams famously said, “No ideas but in things,” which suggests that ideas, emotions, and abstractions should be avoided. Work toward that in your poem.

3. William breaks his poem into the red wheelbarrow’s most basic parts to create a sense of looking closely at each component of the scene. Include your object in a simple scene and create the poem’s power through compression and simplicity.

4. Williams uses line and color in much the same way that a painter might, but he uses them sparingly. Try to do the same in your poem.

1. Think carefully about why the object you chose to write about is important to you. What depends (or has depended) upon it?

2. The wheelbarrow is introduced starkly with only the word “red” to create drama and contrast with the white chickens. Introduce a single bit of bright color in your poem, and set it in juxtaposition to something white, black, or gray.

3. Use some monosyllabic words to heighten the effect.

4. Use short lines with no unnecessary words and no figures of speech.

5. There's a striking pause between “wheel” and “barrow” in the Williams poem. Create a single unusual or meaningful pause in one line of your poem.

6. Don’t explain why the object you write about is important but suggest something about its meaning.

7. Reflect upon Williams’ poem and think about what makes it so powerful. Think about creating complexity through simplicity.