Prompt #175 – What the Monkey Said to the Branch: Personification 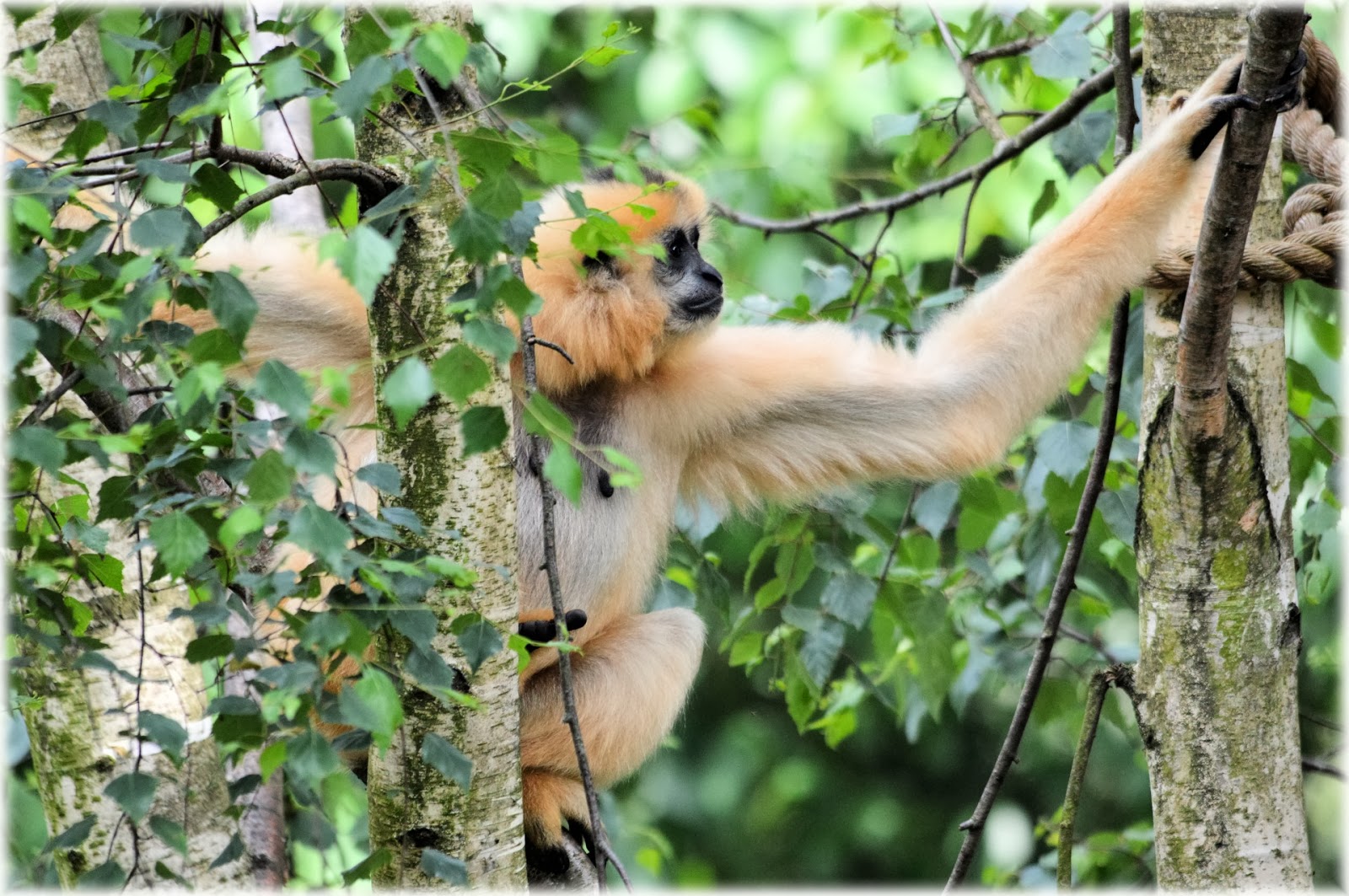 This week, I thought it might be interesting to work with personification (the attribution of human characteristics to something nonhuman, or the representation of an abstract quality in human form). Many us of us grew up learning children’s poems or rhymes that were enjoyably filled with personification. For example,

Hey diddle, Diddle,
The cat and the fiddle,
The cow jumped over the moon;
The little dog laughed
To see such sport,
And the dish ran away with the spoon.

Emotion, thoughts, gestures, and actions that human beings might experience can be applied to any non-human object when using personification. Poets use personification to help readers better understand human relationships to non-human “things” and to help underscore the ways in which non-human things may reflect human qualities.

Personification isn’t just a device through which you “decorate” your poems. Most importantly, personification can help you convey deeper meaning and add vividness to your work by allowing the work to look at human life or the natural world through something other than human eyes. It may also be used to reveal human qualities—the good and the not-so-good—and it gives both writer and reader an opportunity to consider insights from perspectives other than the human.

1. Before writing, read the example poems carefully to get a good sense of how personification can be used.

2. Read the first example poem (“Fog” by Carl Sandburg) especially carefully. Using this poem as the “format” for your poem, try using the following to get started (remember this is based on Sandburg’s “Fog”).

After completing this, begin to work on the poem—add, change, tweak, refine. Your finished poem may not resemble Sandburg’s at all, and that’s absolutely fine!

3. Look through your files and see if you might insert a bit of personification into an already-written poem to heighten its “punch.”

4. Make a list of inanimate or non-human things and the begin writing about one of them. Use personification as the foundation for your poem.

5. Pick any animal and write about it from the perspective of the animal, giving it human abilities to think, reason, analyze, and express emotion. (If you don’t feel inspired, use the image above for inspiration. What’s the little monkey thinking? Why? Where is he or she? Where would he or she rather be?)

6. Imagine that two animals, two stones, two fire hydrants, two trees, two hyacinths (or anything you wish meet). Write a poem that details their conversation. If you like, feel free to give the title of this prompt a try ("What the Monkey Said to the Branch").

1.  Be careful not to overdo the personification in your poem.

3. Use of strong word associations to add variation and embellishment.

4.  Avoid the pitfall of clichés—keep your personification fresh and original.

5.  You poem may, at first blush, appear to be a simple poem in which personification is used, but be sure to take your meaning beyond the obvious. Go for the “hidden” subject as well as the apparent.

6. Revise. Revise. Revise. With each revision, refine your poem to make it the best it can possibly be. It’s always a good idea to let a poem “sit” (note the personification there) for a day or two after you’ve completed what seems to be a final draft. Coming back to the poem with a fresh eye can make a huge difference in how you “see” your work.

It sits looking
over harbor and city
on silent haunches
and then moves on.

"Two Sunflowers Move in the Yellow Room" by Nancy Willard

"Ah, William, we're weary of weather,"
said the sunflowers, shining with dew.
"Our traveling habits have tired us.
Can you give us a room with a view?"

They arranged themselves at the window
and counted the steps of the sun,
and they both took root in the carpet
where the topaz tortoises run.

Note: this poem has often been mistakenly credited to William Blake. For additional information on the error, please visit
http://www.telegraph.co.uk/news/10133176/William-Blake-poem-revealed-as-being-written-in-20th-century.html
___________________

"The Train" by Emily Dickinson

I like to see it lap the miles,
And lick the valleys up,
And stop to feed itself at tanks;
And then, prodigious, step

Around a pile of mountains,
And, supercilious, peer
In shanties by the sides of roads;
And then a quarry pare
To fit its sides, and crawl between, Complaining all the while
In horrid, hooting stanza;
Then chase itself down hill

From “Mirror” by Sylvia Plath

From “Paradise Lost” by John Milton

From Act I, Scene II of “ Romeo and Juliet” by William Shakespeare

From “Loveliest of Trees the Cherry Now” by A. E. Houseman

Loveliest of trees, the cherry now
Is hung with bloom along the bough,
And stands about the woodland ride
Wearing white for Eastertide.

Email ThisBlogThis!Share to TwitterShare to FacebookShare to Pinterest
Labels: Personification Poetry Prompt, Poetry Prompt, The Music In It Poetry Blog