Prompt #129 – Something A Little Different 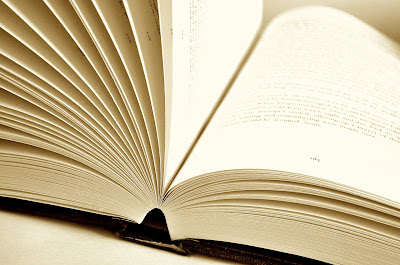 I was recently honored by poet Diane Lockward when she included “Snake Lady” from What Matters as the prompt model for her December newsletter. I found it immensely interesting to read another poet’s analysis of my poem and then to see how she used the poem to develop a prompt for her readers. I’m happy to share it with you and thought that, in lieu of our usual format, you might enjoy working with Diane’s prompt this week.

This month's poem comes from Adele Kenny who previously contributed a Craft Tip on imagery. The poem is from Adele's new book, What Matters.

She was the main event when
the carnival came to town.
Fourteen and oh, so young,
we stood inside her tent with
boys who spoke among themselves
of things that made them men.

Had we been older, we might
have understood – their helpless
fascination as the snake slid
between her breasts and made its
thick descent along her thighs.
Those boys never blinked until
her fingers stroked the coils
straight, tightened on the head,
and coaxed it to a sudden milky
venom. With an innocence we
didn’t think we had, we blushed
and turned from the sure and
easy way she made them burn.

Adele's poem initially appears simple enough. The speaker describes a memory of something she observed when she was 14. However, the poet has built in several layers of complication. The speaker does not merely observe the scene; she observes someone else observing it. Then instead of using first person singular, the poet uses first person plural; a group of girls observes a group of boys observing an action. The poet also recounts the incident from the distance of Time. The speaker is no longer on the threshold of adolescence but is an adult looking back on the scene. As such, she can have perceptions that the 14-year-old girl could not have had. Finally, the entire poem rests on a metaphor, a very sexy one, indeed!

Let's see if we can do something similar. Let's begin with a simple draft and then add layers of complication.

First, choose a potentially sensuous and sensual scene to describe, perhaps someone eating a peach or a tomato, someone shampooing or bathing, someone turning on a water faucet or drinking from a fountain, someone planting bulbs or dancing or making a salad.

For your first draft, describe the scene, first person singular, present tense. The speaker can be you or someone you pretend to be. The action can be real or imagined.

Now let's add some layers to that basic draft. Complete each step before moving on to the next one.

1. Bring in a third character, someone to stand between the speaker and the person doing the action. Rewrite the draft so that your speaker not only describes the action but also observes and describes the new character observing the scene. Stick with first person singular and present tense.

2. Revise using past tense. The scene now becomes a memory.

Think about how each revision changes the poem. (For example, the shift in time, from present to past tense, might alter the tone of the poem.) Choose the version you like best and continue to work on that one. But keep all the steps in your arsenal.

One final consideration: Notice how Adele indents every other line. That nicely parallels the back and forth between past and present and between the speaker and the other characters. Aim for a form that enhances meaning.

“Snake Lady” and the prompt will appear in Diane’s forthcoming book, The Crafty Poet, scheduled for summer 2013 release.