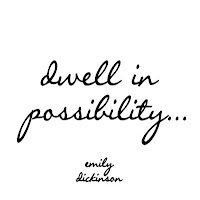 For readers who have their first book length manuscript ready to submit, the Poetry Foundation announces the 2012 Emily Dickinson First Book Award. This is an occasional contest (not held annually) intended to recognize an American poet, aged 40 or older, who has not yet published a collection of poems. The winning book will be published by Graywolf Press, and the winner will receive a prize of $10,000. Manuscripts will be accepted from January 16 through February 17, 2012. The winner will be notified by April 30, 2012 and publicly announced at the Pegasus Awards ceremony in 2012. There is no entry fee.
Click Here for Complete Submission Guidelines
Share |
Posted by ADELE KENNY at 12:50 PM