Poetry Prompt #30 – On the Clothesline 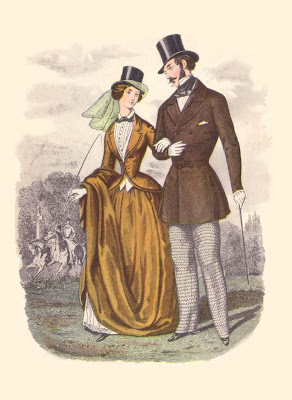 Have you ever thought about poems that have been written on the topic of clothing? There are many, notably "Couture" by Mark Doty, "The Plaid Dress" by Edna St. Vincent Millay, "Shirt" by Robert Pinsky, "What Do Women Want?" by Kim Addonizio, "My Shoes" by Charles Simic, "Ode to Clothing" by Pablo Neruda, and  of course "Delight in Disorder" by Robert Herrick.
Interestingly, there are also numerous stories about poets and clothing. For example, Randall Jarell traded ties with colleague Robert Watson, gloves and scarves with his wife Mary, and jackets and hats with his friend Peter Taylor; and when James Laughlin first met Ezra Pound, he wrote in terms of clothing, “There came Ezra, dressed to the nines in his velvet jacket, pants with equestrian seat, his cowboy hat, swinging his silverheaded cane .…”
You guessed it! This week’s prompt is about clothing, and here are some options for you to try:
1. Take a “field trip” and visit an op shop (used clothing store). Walk up and down the aisles and think about the clothes you see. Choose a piece of clothing that you are especially drawn to or repelled by. Buy it and take it home. Use this piece of clothing as your inspiration for a poem (a poem about who wore the article of clothing, about what happened to someone who wore the clothing, etc.).
2. Write a poem about a favorite piece of clothing or about an article of clothing that has or had special significance for you.
3. Think about someone from your past, and note his or her clothing in a poem.
4. Think about articles of clothing as metaphors and try writing a poem in which you use clothing (one article of clothing or several) to represent something else.
5. In dreams, it is said that clothing represents two things: the way we would like the world to see us and the way we’re afraid the world sees us. Dreaming about clothing may also represent our attitudes about ourselves and about others. Write a "dream poem" in which clothing figures in your imagery, or write a poem about the way you are seen, or would like to be seen, by others.
6. Think about your clothesline (even if you use a dryer, imagine a clothes line that you might use). What’s hanging on that line? Write a poem about your clothesline (what laundry would you hang out to dry – actual or metaphorical).


7. Take a humorous approach to clothing and write a funny “clothes poem” (i.e., “Ode to Underwear”).

8. Mark Twain wrote, "The finest clothing made is a person's skin, but, of course, society demands something more than this." Do you remember the Hans Christian Anderson story about the emperor's new clothes? You can read it here: "The Emperor's New Suit." Was there ever a time when you felt figuratively naked in a crowd of people? Write a poem about that time, a poem about a time when you were afraid to speak up because you thought others would think you “stupid,” or a poem about how your clothes define you or reflect who you are.
Share |
Posted by ADELE KENNY at 7:41 AM