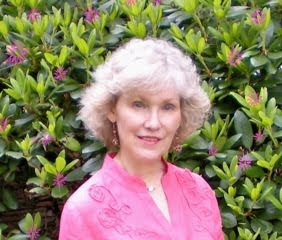 Note: I’ve known Diane Lockward for a number of years. She’s an amazing poet with an equally amazing reading style. I asked Diane to be a guest poet this week because next week's prompt will consider poems about food, and Diane's food poems are among the best I’ve read. She has said of her work, "Some of the poems are about the hunger we have for real food, but others are about the larger hungers – our need for love, for sex, family, success, the past. These hungers are a kind of longing. I'm interested in what happens when we are left undernourished or starving." Diane is the author of three poetry books, What Feeds Us, which received the 2006 Quentin R. Howard Poetry Prize, Eve’s Red Dress, and, most recently, Temptation by Water. Her poems have been published in several anthologies and in such journals as Harvard Review, Spoon River Poetry Review, and Prairie Schooner. Her work has also been featured on Poetry Daily, Verse Daily, and The Writer’s Almanac. Interestingly, Diane's husband owns a restaurant.
From Diane Lockward
I’m often asked why I write poems about food. My interest, of course, goes back to childhood. I was a fussy eater whose father insisted that every plate be cleaned. I became adept at surreptitiously getting rid of food I found disgusting. While I had no appetite for vegetables, I had a big sweet tooth. But the foods I loved—cake, cookies, candy, ice cream sundaes—were prohibited by my father who wanted me slender. My cravings only increased. On the sly I consumed entire jars of Marshmallow Fluff.
At some level, perhaps, I'd begun equating food with risk, danger, punishment, deprivation, desire, hunger.
I went to Sunday school and met Eve and learned about the garden, the snake, and the apple. I must have filed all of that away for future use. Fruit, temptation, capitulation, expulsion, abandonment.
I saw the film, Tom Jones, and was mesmerized by that famous eating scene in which Tom and a buxom woman he meets at an inn sit at opposite ends of a long table and proceed to rip apart chicken legs and stuff their faces with juicy grapes, all the while gazing at each other with seduction in their eyes. Food and sex. Of course!
So for me food has all kinds of connotations. I don't think I'm unique in that. Consider, too, how many of our social rituals are connected to food. Special dishes for special occasions. Romantic dinners. Repasts. And memories. Aren't there certain foods that call up memories, good or bad? And think of the sensory appeal of food; every part of the body is somehow involved. Finally, food intrigues me for its rich metaphorical potential. For example, in my poem, “The First Artichoke,” the artichoke becomes emblematic of a family with its many layers, its heart at the center, a heart that’s fragile.
I'd like to add that while the title of my second book, What Feeds Us, invites the conclusion that I am a "food poet," in fact, that collection contains only nine poems that are overtly about food, and each one of those nine is really about something else. Look at my poem, "Linguini"—is it really about pasta?
Linguini
It was always linguini between us.
Linguini with white sauce, or
red sauce, sauce with basil snatched
from the garden, oregano rubbed between
our palms, a single bay leaf adrift amidst
plum tomatoes. Linguini with meatballs,
sausage, a side of brascioli. Like lovers
trying positions, we enjoyed it every way
we could—artichokes, mushrooms, little
neck clams, mussels, and calamari—linguini
twining and braiding us each to each.
Linguini knew of the kisses, the smooches,
the molti baci. It was never spaghetti
between us, not cappellini, nor farfalle,
vermicelli, pappardelle, fettucini, perciatelli,
or even tagliarini. Linguini we stabbed, pitched,
and twirled on forks, spun round and round
on silver spoons. Long, smooth, and always
al dente. In dark trattorias, we broke crusty panera,
toasted each other—La dolce vita!—and sipped
Amarone, wrapped ourselves in linguini,
briskly boiled, lightly oiled, salted, and lavished
with sauce. Bellissimo, paradisio, belle gente!
Linguini witnessed our slurping, pulling, and
sucking, our unraveling and raveling, chins
glistening, napkins tucked like bibs in collars,
linguini stuck to lips, hips, and bellies, cheeks
flecked with formaggio—parmesan, romano,
and shaved pecorino—strands of linguini flung
around our necks like two fine silk scarves.