"The past is never dead, it is not even past. " (William Faulkner) 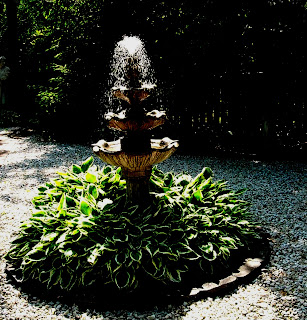 For this prompt, try writing a memoir poem about an experience that haunts you. This is not to suggest a bad experience but, rather, a memory that continues to inform the present.
Memoir poems are narrative because they tell stories. However, we often see memoir "poems" that "narrate" in what is essentially prose (with a couple of good images, a few similes or metaphors, and stanzaic arrangements). Most of these poems don't succeed because they never reach beyond the poet’s impulse to “tell.” The poem has to be more than the story – it has to be about what happened because of the story.
Watch out for abstractions and generalizations that equal sentimentality – there's a big difference between image and abstraction. A memoir poem needs a strong emotional center that doesn’t smother meaning with sentiment or read like a diary entry.
A poem should contain an element of mystery or surprise – first to the poet and then to the reader or listener. A lot of the poems that are read and published today are so cluttered with superfluous detail (and adjectives) that there are no mysteries or surprises, and the poems become claustrophobic experiences (I call it TMW – too many words). Write short for this one as a discipline against writing too much. Leave a few blanks for the reader to fill in. In other words, tell, but don't "tell it all." Your memoir poem should lead readers to something more than the memory.
A perfect example is John Ashbery's "This Room."
http://www.poetryfoundation.org/archive/poem.html?id=182860
In this poem Ashbery remembers a room, a person, a relationship. He incorporates a few precise details, but not many – he leaves much to the reader and still achieves a startling sense of loss and remembrance.
Other great examples (and these, too, are short poems) are William Stafford's "Once in the 40s" and Gerald Stern's "The Dancing."
William Stafford: http://www.poets.org/viewmedia.php/prmMID/16507
Gerald Stern: http://www.poets.org/viewmedia.php/prmMID/15437
Share |
Posted by ADELE KENNY at 1:44 PM