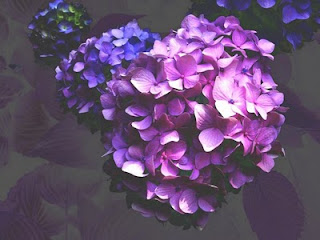 Ubi sunt is a phrase taken from the Latin Ubi sunt qui ante nos fuerunt?
(“Where are those who were before us?”).
Ubi sunt began in Medieval Latin, to suggest the mutability of all things and how transitory life is. In poetry, ubi sunt often took the form of a series of questions that ask where the beautiful, the strong, and the good have gone.
In general, ubi sunt is a poetic theme in which the poet asks, “Where are they?” Examples are found in Shakespeare (i.e., in Hamlet – “Alas, poor Yorick”), in Nashe’s “Beauty is But a Flower,” and in Rossetti’s translation of François Villon’s “The Ballad of Dead Ladies.”
_____________________________________
Here’s an example of ubi sunt that I wrote for Tiferet Journal (Issue 4, Page 28).
WHERE THEY ARE NOW
By Adele Kenny
Are they there in that place where
stars and human hearts begin? Were
there God-shaped hills to guide them
toward light? A sympathetic angel to
lead the way? Was it as simple as
opening their eyes, unstartled,
unblinking, in a luminous room?
Do they remember the moon’s half-
face and full, the deep sky trestled
with clouds or marked with stars?
Do they still know the river, windbud
and thorn, and the way skin feels?
Have they been transfigured or risen
faceless, their hands too vague, too
shapeless, to hold? And if there is
music, does any refrain tug memory
toward the tattered screen door, the
way its hinges creaked as it shut,
softly, behind them?

Copyright © 2006 by TIFERET: A Journal of Spiritual Literature.
Reprinted by permission.
Share |
Posted by ADELE KENNY at 10:42 AM